We live in a universe where everything changes, everything moves, and everything changes. Some objects change in a few seconds and others over a period of centuries. Although change is not always apparent to us, it happens to everything around us. The climate on our planet is also in constant change and alternation, both during the year with the 4 seasons and during the succession of day and night. These changes are located in the temperature, in the days of sunshine and rain, as well as in the intensity - direction of the winds.

Adaptation is defined as the process of change by which an organism or species becomes better suited to its environment.

The differences in the above characteristics cause changes in nature with the result that all organisms change to adapt to the current climatic conditions. A typical example is deciduous plants and animals that go into hibernation, thus changing their metabolism. The most characteristic and obvious example of change in the animal kingdom is that of the chameleon, which has the ability to change the color of its skin to adapt to the color of the surrounding area in order to go unnoticed.

Man, as an integral part of this system, shows changes, both based on the geographical location of his residence and the seasons. Due to the different climatic data in different regions, acquired changes occur in humans, such as skin and hair color or various morphological characteristics (such as nose shape, height, etc.). Changes are also observed in the language of peoples living in countries with different climatic conditions. People in warmer climates, for example, use more vowels in their speech than people in colder climates.

In given geographical locations there are also changes in human behavior, due to the seasons. Activities in areas where climatic conditions allow are mostly transferred to outdoor areas. For this reason, the "outdoor space" in climates such as Greece, acquires special importance during the warm months.

The adaptability of the building

People have always tried to adapt the building to changes in climatic conditions, albeit empirically, without relying on some standard rules of a manual. In winter, for example, it was common to place carpets on the floor and walls to trap heat inside. Also, during the day they kept the shutters open to absorb heat from the sun, while at night they closed them to reduce heat loss through the openings. In the traditional architecture of our country is common the phenomenon of planting climbing plants on pergolas. These plants were deciduous to provide shade only during the summer months. For the same reason, deciduous trees were planted in suitable places so that the building volume could be protected from the sun. Of course, the above are not the only ways to address climate needs, but they are strongly characterized by change.

One way of addressing the climatic needs, without morphological differences, is the example of the Pelion three-story mansions. In these, the mezzanine floor is the "winter" floor with few and small openings, while the top floor is the "summer" floor with large and many openings for its best ventilation. 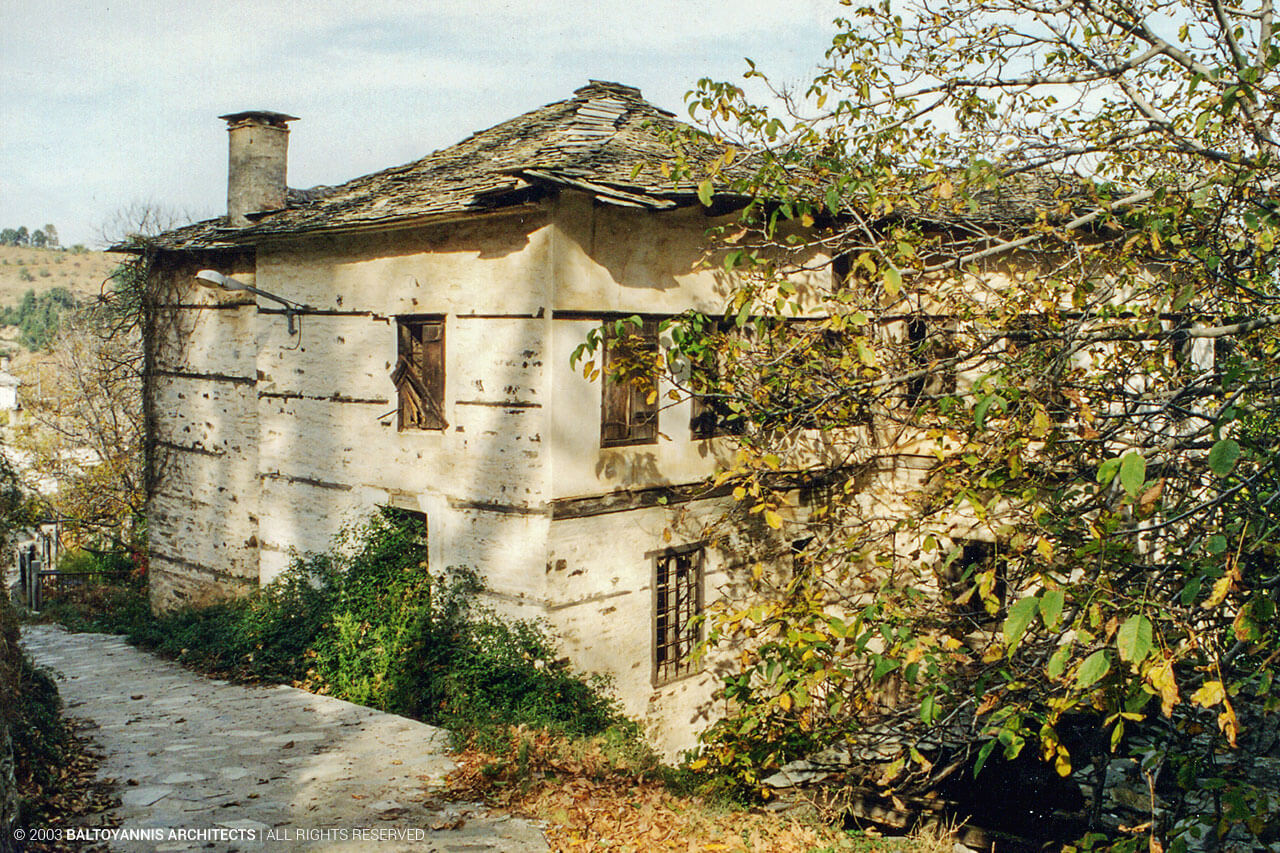 Over the years and with the development of technology, the empirical ways of the past have been categorized and systematized. Some were replaced, such as the thermal insulation role of carpets, by thermal insulation materials inside walls and floors, some were removed as the need for thick walls and some remained as they were. The biggest difference between modern and older homes is the ability to mechanically support heating and cooling needs to maintain thermal comfort using non-renewable energy sources.

The reckless use of non-renewable energy sources leads to two huge problems. On the one hand, the increase of CO2 and greenhouse gases, with the effects they have on the climate, and on the other hand, the risk of depletion of these sources. This is why the bioclimatic design of buildings is becoming more and more necessary because it is based on the exploitation of renewable energy sources.

The most remarkable examples of change in Bioclimatic Architecture, with a strong character of change.