A few months ago, the conservator-painter Stavros Baltoyannis (Baltogiannis) passed away, leaving behind an important work in both the field of conservation and painting. Stavros Baltogiannis was born in 1929 in Ioannina, where he completed his high school studies. He studied painting at the Athens School of Fine Arts in the workshop of Giannis Moralis, from where he graduated in 1955. He continued his studies in painting at the Academia di Belle Arti in Florence in 1956. In 1959, with a scholarship from the IKY, he studied art conservation at the Istituto Centrale per il Restauro in Rome until 1963.

During his studies, he attends fresco classes at the S. Giacomo night school and photography classes at the Vatican school. During the summer months, he participates in maintenance work undertaken by the Institute such as:

With his civil service permission, he did not stop visiting the Institute and being informed by his teacher Paulo Mora about issues of conservation and restoration of works of art.

In 1962, by order of the Archaeological Service, he was invited to take part in the conservation program of the portable icons of the Monastery of Sinai and was impressed by the high art of the burn images.

In 1963 he obtained the diploma of perfecting studies from the Institute. During this academic year, he engaged in research, experiments, and analyses on the techniques of Sinai burn images, as well as the frescoes of the Casa di Livia.

In May 1963 he was hired as a restoration painter in the Archaeological Service of the current Ministry of Culture, where from 1975 to 1990 he served as Inspector of Conservation and Restoration of Monuments. In the same year, he took part in the organization of the central maintenance laboratory (KES) at the Byzantine Museum under the direction of Manolis Hatzidakis. By order of his service and personal desire, he maintains with his crew the frescoes of the Monastery of the Philanthropists in Ioannina.

In 1964 he worked intensively at the Byzantine Museum of Athens for the Byzantine exhibition of Zappeion, organized under the auspices of the Council of Europe. Many works were then preserved by Stavros Baltogiannis. There he met the wife of Chrysanthis Stavrinos, an archaeologist. In the same year, he worked on monuments and icons of Corfu, as well as on monuments of Naxos.

In 1965, by order of the Ministry, he went to Cyprus with his wife and he undertook the maintenance and cleaning of the frescoes of the Virgin in Trikomo, Famagusta, and Chrysanthi Baltogianni the recording of icons and relics in the currently occupied part of Cyprus. It also preserves frescoes from the Roman era at the archeological site of Salamis and at Ag. Nikolaos in Kakopetria. 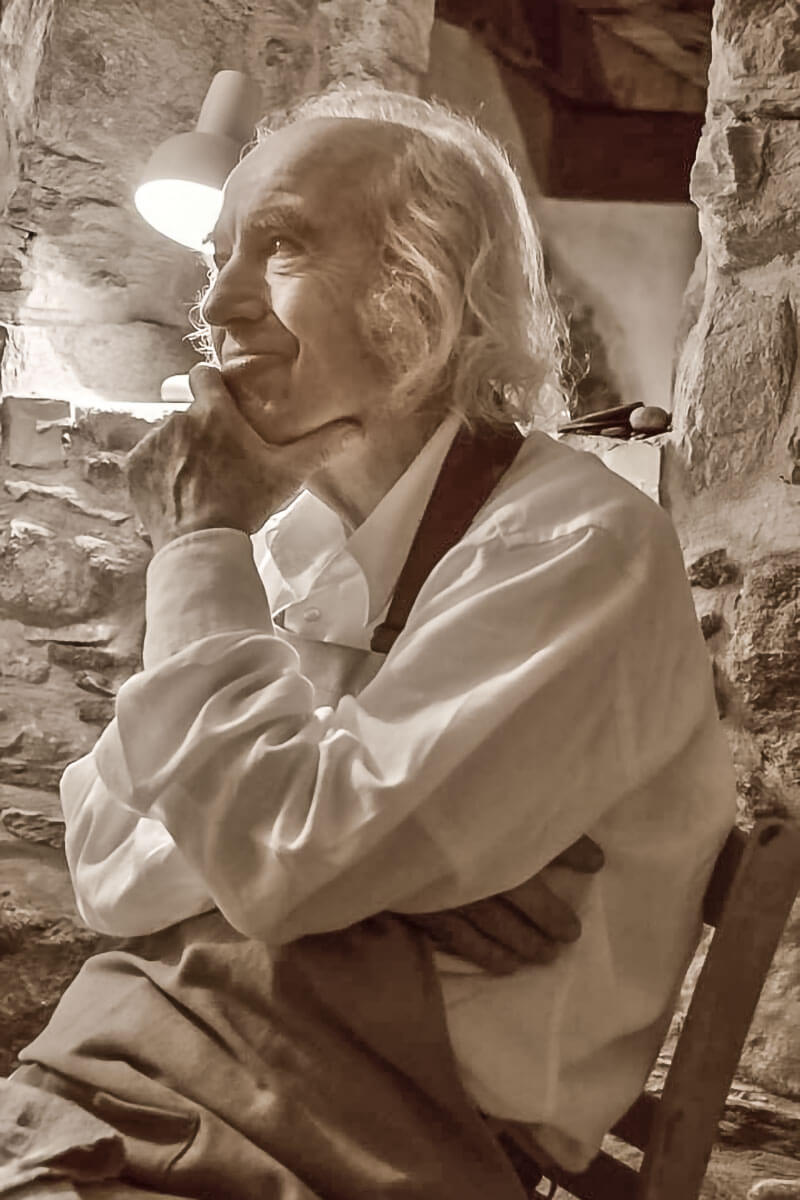 Baltogiannis's work in the education of young conservators in Greece is important. From the first days of his installation in the laboratory of the Byzantine Museum, he did not stop teaching the new and old conservators in the workplace, in seminars, but also the newly appointed archaeologists. In 1966 he was invited from Cyprus to Athens where he organizes, directs, and teaches at the first school of maintenance in Greece, at the Technological Institute of Konstantinos Doxiadis. He taught his students with dedication and gallantry, transferring to them all his knowledge of old and new maintenance techniques, old and new materials, and, above all, the responsibility they must show in the face of the task of intervention in the work of art.

In 1969 he taught at a School that then operated at the Byzantine Museum of Athens, where he served at the time, and from there he selected new conservators for his own workshops, mainly for the maintenance of murals. In 1970, with students of the Doxiadis School, he preserves the Egyptian collection of the National Archaeological Museum of Athens and a series of icons in Crete. Selects new conservators and organizes workshops mainly for the maintenance of murals in Crete, Naxos, Mytilene, Chios, Paros, Andros, Epirus, Mykonos, Kea at his own risk.

At the Byzantine Museum of Athens, he selects conservators mainly for the preservation of icons, wood carvings, and murals, and the foundations are laid for a modern treatment with the cooperation of archaeologists, chemists, physicists, and other specialties.

Undertakes and examines the authenticity and then the preservation of the image of the Assumption of the Virgin Mary of Theotokopoulos found in Syros. He and his wife also found two other images from private collections using the same technique. Then he preserves the fresco of Mycenae that was found in the excavation by the archaeologist G. Mylonas.

In 1971, together with his crew, he succeeded in walling the inner painted surface of the hemispherical dome at Protothroni, in Halki, Naxos. The whole surface is detached without being cut, bringing with it the older layer and their separation takes place. Then the newest layer was placed in its original position and the older one was transferred to its original dimensions in the Tower of Glezos in the town of Naxos. The paper, published in the International Journal of Conservation (IIC), has been considered an achievement by the conservation scientific community to date.

In 1977 he was unanimously elected to the position of Curator of the conservation and technical school of works of art at the Athens School of Fine Arts. He was given the title of the inspector, but his office did not cease to be the laboratory of the Byzantine Museum of Athens. Because from there he could supervise and provide solutions to all issues related to conservation in general, as well as, in particular, the maintenance of works intended for exhibitions of the Museum in Greece and abroad (America, Florence, Amsterdam, London). In collaboration with the architect of the new Museum, they designed modern laboratories for all specialties.

He is then invited to take part in the excavation of Andronikos in Vergina, mainly for the preservation of the works with organic materials. He also took part in maintenance committees such as the committee for the maintenance of the frescoes of the Protatos of Mount Athos.

He was a member of the Central Council of Modern Monuments until his resignation from the service.

After leaving the archeological service, he founded a model maintenance workshop in I. Stavropegiaki, Patriarchal Monastery of Ag. Ioannis Theologos in Patmos. He also undertook the maintenance of the frescoes of the Catholicos, the wood-carved iconostasis, and many portable icons from the chapels of the Monastery.

In 1993-1994 he and his collaborators maintained the painted decoration in Achillion of Corfu. With his student, he undertakes the maintenance of the first curtain of the Municipal Theater on the subject of the return of Odysseus to the Island of Phaeacus, wherein a solemn event he is awarded the gold medal of the City.

In 2003-2004 he carried out works for the maintenance and restoration of the frescoes of the Greek Parliament in the Hall of Trophies and in the Hall of Supporters.

The work of Stavros Baltogiannis in painting is also important. He graduated from the Athens School of Fine Arts with three commendations and an award. From 1956 to 2019 he participated in group exhibitions, while he also did several group exhibitions.

Finally, Stavros Baltogiannis was a moral teacher. Until the end, he discussed, studied, painted, thought about the direction of conservation in Greece. May we look like him.